What difference does it make?

Does it matter who oversees IT? Is there a different outcome if the CIO or IT director reports to a CFO, a COO or a CEO? You bet there is. It really depends more on the individual than the position, but let’s stereotype and make some sweeping generalizations – it’s more fun.

That was friendly banter I had with a CFO a few years back as we were debating the cost of critical infrastructure components for the following year’s budget. David was a pretty reasonable guy for a CFO and I could always get him to see the light, eventually.

David didn’t have the last word because he didn’t oversee IT operations in that organization, but he did have to approve the budget. He carried a Tumi bag and had a pretty nice car – so he was able to see the value in building a high-quality IT infrastructure. I drive a '97 Volvo and carry a 20-year-old Coach bag that my cats have used for a scratching post a few times. I make it look good, though. I also had a Tumi bag but lost custody of it in my divorce.

When CFOs are steering the IT ship, they naturally perceive the financial system to be the most important IT service, and sometimes they are right. CFOs will ensure that finance is first in line when it comes to IT customer service.

The big danger with CFOs is that they can often be penny-pinching cheapskates who fail to understand value. To them, all the mysteries of life can be calculated in a spreadsheet. These are the people who ask you to build the enterprise infrastructure on Cheap-Link routers and switches rather than with the more expensive products from NoRisko. They’ll buy enterprise software based on price and act shocked when they discover the lowest bidder’s software and implementation team members didn't perform to their expectations. Even worse, they’ll cut corners on the training. You’d better duck and hide when they’re looking for someone at whom they can point their very experienced blame finger.

I remember a discussion with a CFO back in 1993. “Jeff, we’ll never need more than eight computers in this whole building. Let’s get the eight-port hub.” He and his staff ran the company financials on a System 36 with green screens over Twinax. He didn’t see the future coming at all, and his first Intel-based ERP experience hit him like a cruise missile. We called them finance and accounting systems back then, but that implementation was as troubled and overbudget as any modern ERP.

IT reporting to the CEO

In theory, I really like this arrangement. The CEO and CIO should be working together to clearly define IT’s mission and services. (You do have a catalog of services and a service-level agreement, right?) With this model, IT services beyond the scope of the financial system are more likely to receive appropriate resources and support. You don’t need to be a techie to oversee IT, but you do need to understand three things:

The problem with the CEO management model is that he or she may not have sufficient time to devote to managing the CIO/IT director. Managers should manage, but quarterly goals and objectives and routine meetings are rarely-used management tools. Some CIOs can take the ball and run with it, but all too many have only a nebulous understanding of their mission and they need a strong manager to keep them focused.

Without unwavering commitment from the CEO, IT can be buried in frivolous, off-mission requests and will fail to do anything well. The CEO can protect IT from the sometimes ridiculous demands of overbearing executives. “My department needs the new Disgronifier App up and running today!” You follow orders, check in a few months later, and find that no one has ever even logged in to the critical new business application.

Last year, I worked on a project that included a new assembly site that "absolutely" had to be up and running by the end of the week. The IT staff pulled it off and made the deadline. The facility subsequently remained empty for weeks waiting for the company’s glacial bureaucracy to take the next step. These are the all too familiar examples of poor communication and management that plague large organizations.

What about COOs and engineers?

I have seen several cases where individuals filling the COO role were pretty good at overseeing IT. This model makes sense if you see information technology as a utility. In a couple of these cases, the excellent managers had backgrounds in civil engineering and were PEs. Maintaining safe roads and bridges, keeping the lights on and the HVAC system running, and keeping the network up and running are pretty similar operations. Engineers like to understand how everything works and are less prone to making snap decisions.

So, who is the best overlord for IT? Let me know what you think and feel free to comment with your stories from the trenches.

Schedule a Meeting
e-mail us 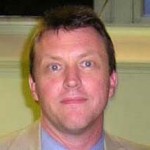